Shopping Cart
Your Cart is Empty
Quantity:
Subtotal
Taxes
Shipping
Total
There was an error with PayPalClick here to try again

Thank you for your business!You should be receiving an order confirmation from Paypal shortly.Exit Shopping Cart

When you buy your Mandarin Ducks from Mallard Lane Farms you will get more than just great birds.

You will get our over 10 years of experience in raising selling and shipping wild waterfowl.

We are knowledgeable breeders of every bird we sell and all birds come with email support for any questions or concerns you may have about your new birds for the entire lifetime of those birds.

All birds we ship come with our "live arrival guarantee" (see details on our shipping info page) which is one of the best shipping guarantees best in the business.

All birds ship directly from our farm , we do not use other farms to drop ship orders for us.

We sincerely appreciate all of our customers, our farm depends on you and could not exist without you.

Mandarin Ducks are typically available for sale throughout our shipping season. Even though we raise a large amount of these beautiful birds each year this is a species that usually sells out.

When available you can find Mandarin ducks for sale in our new online store A waiting list is also kept year round. 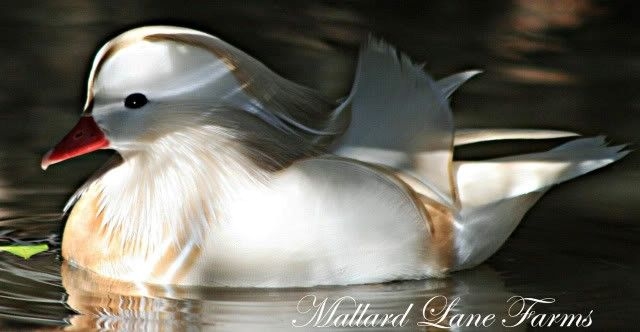 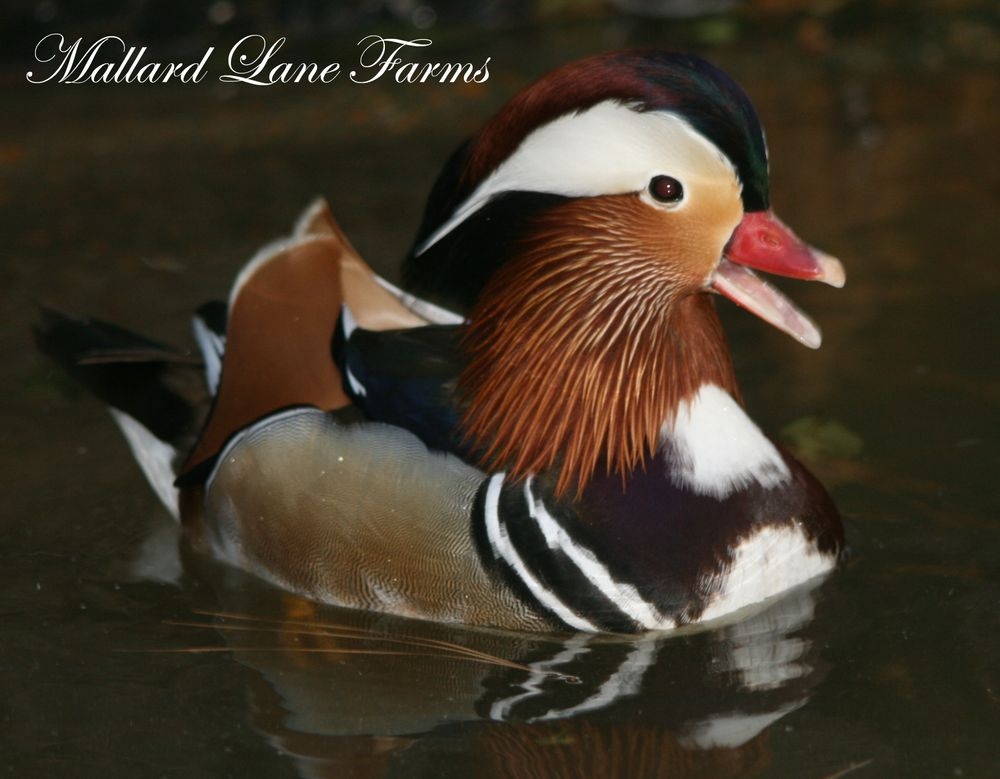 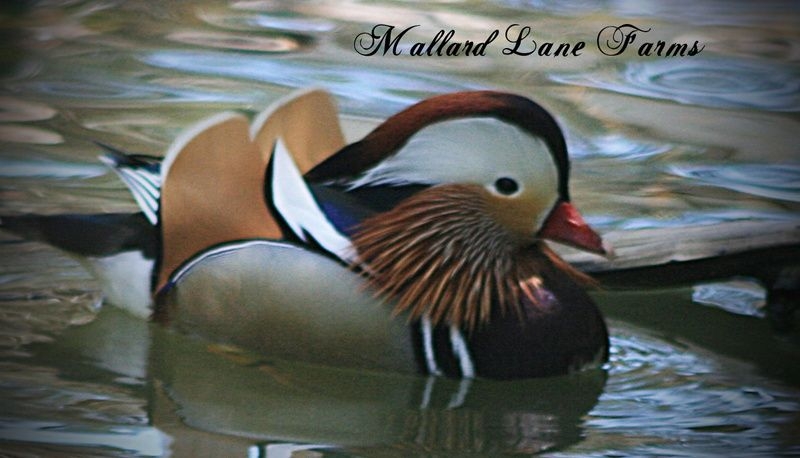 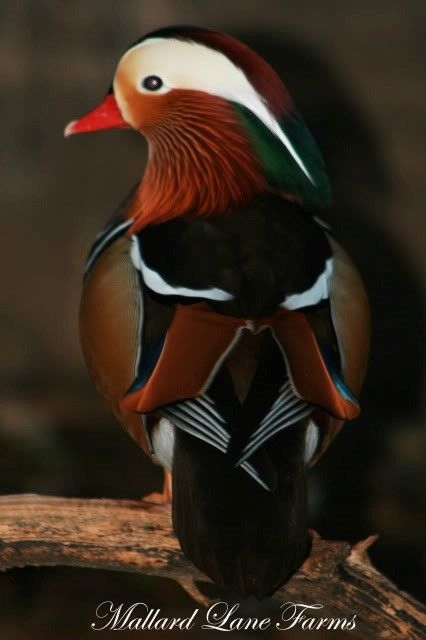 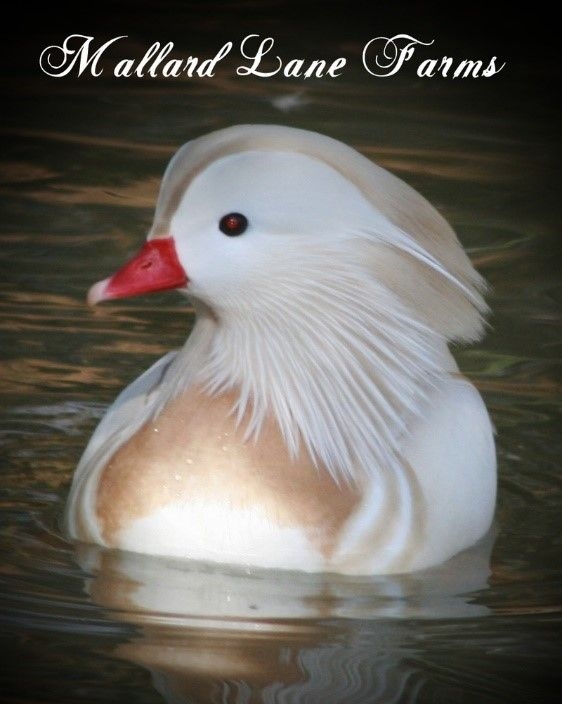 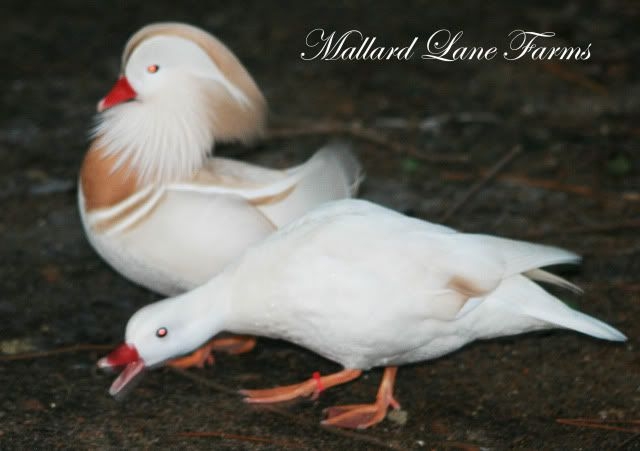 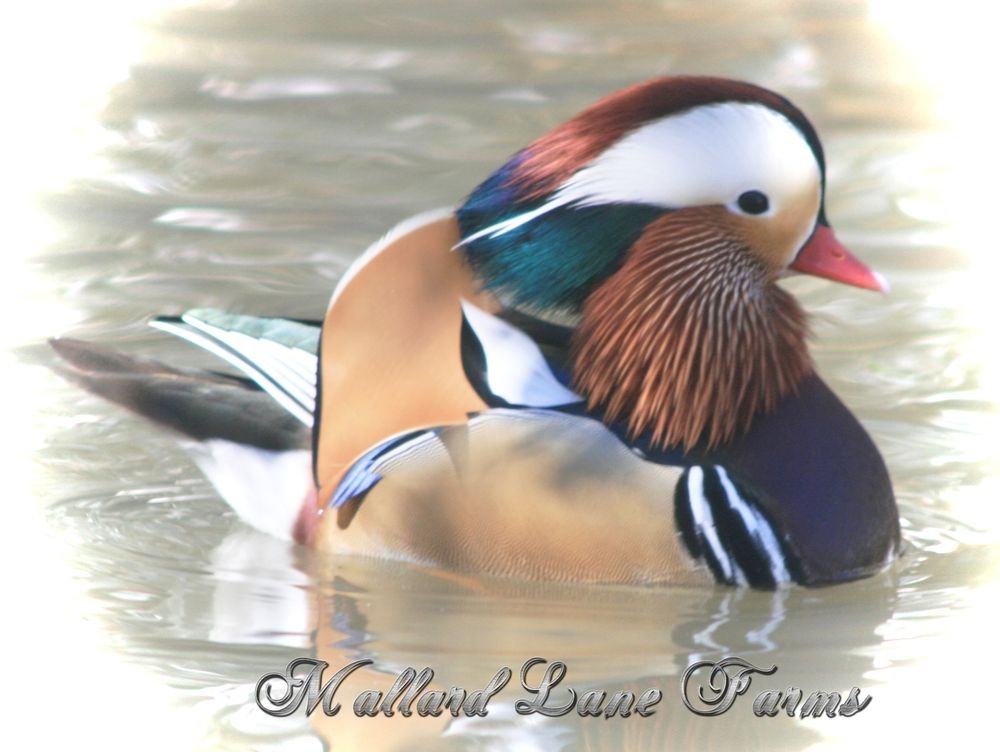 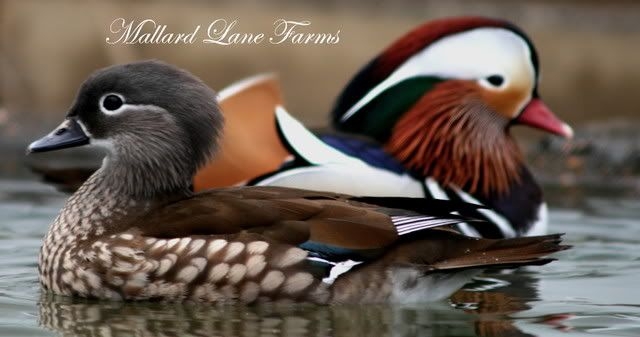 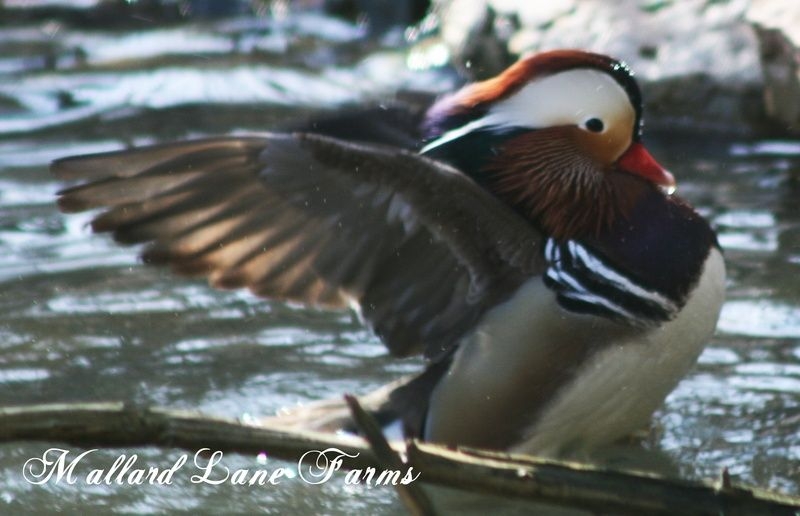 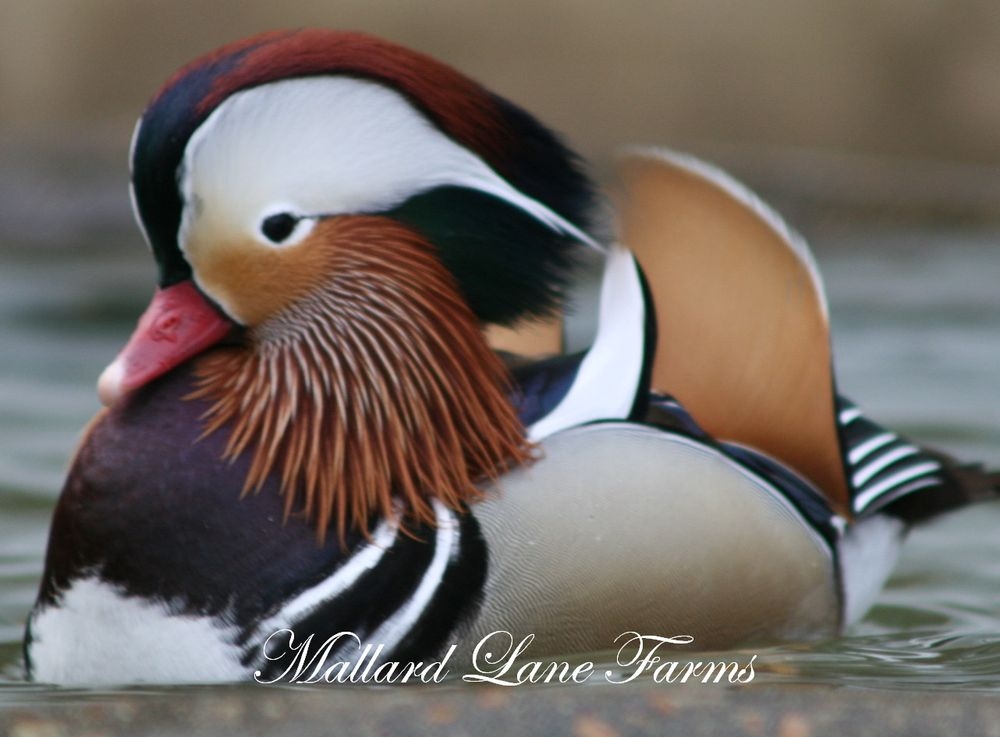 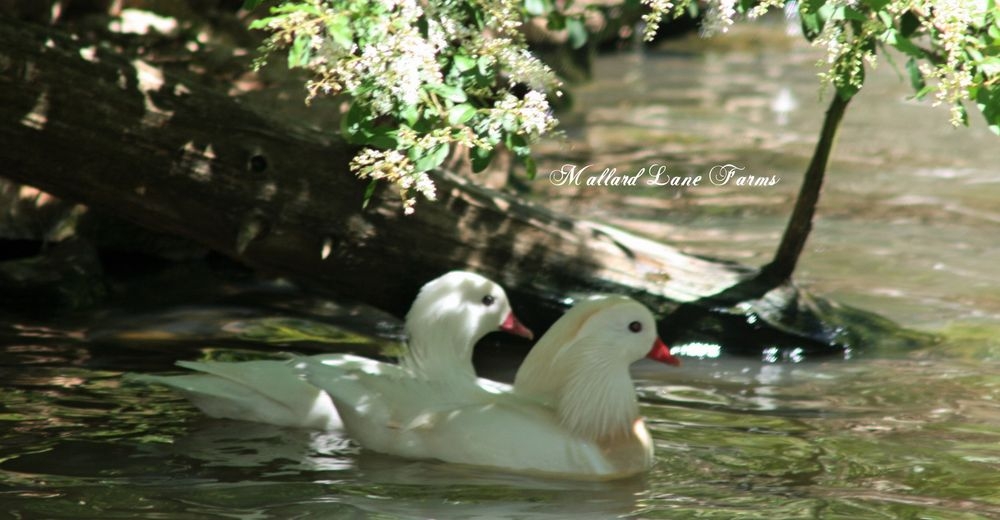 Mandarins like their cousin the wood duck are also great birds for beginners. They are cold hardy and can be kept in a mixed collection. The Mandarin Duck often will breed their first spring. They will use a raised style box for nesting. For best fertility it is recommend to keep mandarins in pairs. Mandarins are a nervous duck in the aviary but not as nervous as the wood duck. They also like to have perches and hiding places. If kept on open water it is recommended that Mandarin Ducks be kept pinioned or at least that they be kept wing clipped. They have no special dietary needs and can be feed the same as other waterfowl. For more info on what we feed our birds here at Mallard Lane Farms please check out our frequently asked questions page. More information on Mandarin Ducks can be found on our Mandarin Duck page.

Other information that pertains to Mandarins can be found on our temperament pages and our how we raise our ducks page.

For information on aviary construction for mandarin ducks please check out the about our aviaries page.

Mandarins are considered by many to be among the worlds most exotic birds. A blaze of different colors marks the drakes plumage with red and orange, blue and green, and more discreet shades of buffs and browns. A crest of orange and cream feathers gives the head a disproportionately large look, this is balanced by a pair of orange "wing sails" that rise from the back. The hen in contrast is rather dull, with an overall grey appearance, and greatly resembles a wood duck hen.

The mandarin duck is a very popular aviary bird, and is commonly seen in many collections. These birds do not require a large aviary, they are hardy, easy to maintain, and will do well in a mixed collection making them an excellent choice for the beginner.

Like the wood duck, mandarin ducks require a raised box for nesting. Mandarins are capable of breeding their first year. Mandarins have elaborate courtship displays in which the male raises his hood and sail feathers while making a sound much like a burp. Males often act aggressive toward other males during breeding season. It is mostly for show perhaps to impress the hens and I have never had one to be injured in these scuffles.

Breeding season is in spring and in my region begins in March. Clutches consist of 8 to 12 eggs ,they are incubated for about 28 days. If eggs are removed from the hen early in incubation a second clutch is often produced. Second clutches usually consist of less eggs than the first. The young are easy to raise and are full feathered in about 8 weeks.